Understanding Full Spectrum CBD Oil and Why It Is Important

Readers of this blog have heard Cheri preach the benefits of "full-spectrum" CBD oil over CDB isolates or distillates.  But what exactly is Full Spectrum CBD oil and why is it so important for health?

Cannabidiol (or CBD) is one of the hundreds of different cannabinoids found in the Cannabis sativa plant. This non-psychoactive (meaning it doesn't make you high) cannabinoid has been all the rage over the last couple of years.  Doctors and patients face significant confusion due to the varying formulation of many CBD products in dispensaries and online, which makes it hard to determine which CBD products to use and which to avoid.

At present, companies are preparing CBD either by extracting a wide range of cannabinoids and other compounds as found in the original hemp plant — referred to as full spectrum CBD — or by stripping out all other cannabinoids from the extract except CBD — known as CBD isolate.

While CBD isolate may seem an ideal option for people seeking an entirely THC-free product, a 2015 Israeli study conducted on mice revealed that the full spectrum extract can provide greater relief against pain and inflammation at higher doses.

In contrast, the group that received CBD isolate failed to exhibit the same degree of relief at comparative doses. The authors of this study concluded that other components in the full spectrum variety team up with CBD to get the desired results.

CBD and the "Entourage Effect"

Similar or opposite effects arising from the interaction between two or more cannabis compounds to achieve an overall favorable outcome is what we call “the entourage effect.” CBD interacts with its cousin cannabinoids, and cannabinoids interact with a diverse set of compounds called terpenoids. Hence, the full spectrum variety may be more effective due to the entourage effect.

However, the benefits obtained from either type of CBD (isolate versus the whole plant) vary with your particular health problem and overall health.

Benefits of The Entourage Effect for CBD

The benefits of the entourage effect are twofold:

Components of Full Spectrum CBD Oil and Their Benefits

CBD has the potential to combat inflammation. It can prevent the immune cells from releasing inflammatory substances. From the results drawn from a study carried out on rats, scientists inferred that applying 10% CBD gel on individuals with inflamed joints could maximize CBD levels at the site of inflammation, countering inflammation in a more effective way.

Research shows that CBD can raise the levels of a naturally occurring cannabinoid in your body, called anandamide, which in turn can suppress pain.

Can protect the nerve cells of the brain

CBD can provide protection to the nerve cells (aka neurons) of the brain. Its ability to shield neurons has been of huge benefit to professional athletes, who often tend to suffer from traumatic brain injuries. CBD may cause new nerve cells to generate within your brain. It can also prevent the buildup of toxic proteins in your brain that would otherwise cause the neurons to die.

CBD can help you cope with the symptoms of anxiety by acting at various brain sites involved in controlling emotions, behavior and memory.

Another property of CBD supporting its role in anxiety is its use as a sleep aid. People with anxiety often have a hard time falling asleep. According to research, CBD may help you get a good-quality sleep, possibly by promoting the actions of:

May help with acne

CBD may also help curb the excess oil (sebum) production in the skin that is the root cause of acne.

May promote healing of a fracture

CBD may speed up the healing of a bone fracture by promoting bone growth.

Full spectrum CBD contains only trace amounts of THC, but combining THC with CBD in full spectrum oil prevents the THC from having any effect. CBD dampens THC’s psychoactive potential by impeding the breakdown of your body’s cannabinoid called anandamide. This compound prevents THC from binding to the cannabinoid receptors (THC is psychoactive because of its ability to interact with these receptors).

Thus, CBD cancels out THC’S psychoactive potential while allowing the low-dose THC (which may be present in full spectrum oil depending on the supplier) to exert its beneficial effects as follows:

THC’s anti-inflammatory activity is twenty times more than that of aspirin and twice that of the locally applied steroid medication, hydrocortisone.

At low doses, THC can provide relief from emotional stress, anxiety and the frightful memories that occur from post-traumatic stress disorder. Another 2017 research carried out by the experts at the University of Chicago verified this statement by showing that low doses of THC can tame the anxious mind as opposed to the “high” seen at increased doses.

Thought of as the stem cell or parent of other cannabinoids, most of CBG is converted into cannabinoids such as CBD and THC. Unlike THC, CBG isn’t psychoactive. However, similar to THC, CBG can stimulate appetite and may benefit people suffering from eating disorders and weight loss. Both CBG and CBD may be able to block the activity of a potentially detrimental bacterium called methicillin (a penicillin antibiotic)-resistant Staphylococcus aureus (or MRSA).

CBN is the breakdown product of THC. It was the first of the cannabinoids extracted from cannabis. The amount of CBN in the original plant is minimal; however, when exposed to air, heat or light, the removal of carbon-containing acid precursors boosts the levels of CBN. It is mildly psychoactive because of its slight affinity for cannabinoid type 1 receptors relative to the type 2 receptors. It reduces inflammation and may also promote bone growth.

This major cannabinoid is also non-psychotropic. Research suggests that CBC may relieve inflammation and pain through mechanisms that do not involve the cannabinoid receptors. It can also keep bacterial and fungal infections at bay. CBC may boost your mood as revealed in this study on a mouse model where CBC, CBD and THC all showed significant antidepressant activity.

Terpenes Present in Full Spectrum Oil and Their Benefits

Terpenes are compounds that impart a distinct flavor and aroma to the cannabis plant and all plants for that matter. Although potent, these compounds are also a part of various foods like broccoli, mangoes, herbs and spices. The US Food and Drug Administration (FDA) and other governing agencies include terpenes under agents “generally recognized as safe.”

As discussed by Dr. Russo in his famous study, terpenes interact with cannabinoids too, promoting the entourage effect of full spectrum oil.

There are over a hundred different terpenes in cannabis; the most common ones are:

A major component of lemon and other citrus essential oils, limonene may raise the levels of feel-good chemicals (dopamine and serotonin) in your brain. This helps pacify an anxious, stressful mind as well as uplift your mood.

Myrcene is an anti-inflammatory, pain-reliever, muscle relaxant and strong sedative.

Pinene may relieve inflammation, open up narrowed airways, ward off serious bacterial infections and boost your memory and mental alertness by increasing the levels of a brain chemical called acetylcholine. This latter effect of pinene can counterbalance the short-term memory issues induced by THC in the whole plant CBD extract.

Pinene also holds promise against MRSA, which further promotes the activity of cannabinoids in the full spectrum against this dangerous bug.

Linalool is a terpenoid alcohol that occurs in many essential oils, including lavender.

Owing to its ability to activate the body systems that control pain, linalool may help relieve pain and inflammation.

May help ward off anxiety

Linalool may modify the release of brain chemicals in a way that not only helps to calm down your nerves but also enables you to fall asleep faster. Thus, it is used in essential oils for aromatherapy and relaxation. For the same reasons, these Taiwanese scientists suggested its use for anxiety disorders.

By easing the symptoms of anxiety, linalool counteracts the “high” induced by THC as documented by several studies conducted on animals.

Linalool may also numb burning or painful areas on the skin.

Each compound in full spectrum CBD oil carries unique beneficial properties that add to the entourage effect of the product by aiding or hindering the actions of the other. This, however, doesn’t imply that CBD isolate is not effective — it’s just that full spectrum CBD yields greater health benefits compared to just cannabidiol alone. 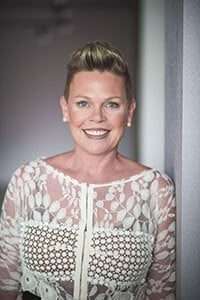 How High a Temperature Can I Use When Cooking with Cannabis?