Pot Brownies, Weed Brownies, Magic Brownies, Ganja Brownies, Alice B Toklas Brownies, no matter what you call them, Marijuana Brownies are and seem to have always been, the snack of choice for cannabis edibles fans.  So much so that some people seem to think that is the only food you can make from marijuana!

So it suddenly dawned on me that even though I have hundreds of marijuana recipes on this site and in my books, I had very few brownie recipes.  Perhaps it's because I try to teach people that there are soooooooo many other foods you can medicate besides brownies.  But regardless of how many other great recipes there are, marijuana brownies, weed brownies, and pot brownies are the most searched for terms when it comes to marijuana edibles.  So give the people what they want I say!

It makes sense that pot brownies are so popular.  They taste great.  They are easy to make, usually in a single pot (no pun intended) or bowl, so there is little mess.  They are easy to pick up and eat.  And they pack well and are freezer friendly.  What's not to like?

While I include some great recipes for marijuana brownies on this page, know that it is pretty easy to medicate most any brownie recipe.  That's right, you can take your Grandma's favorite brownie recipe and medicate it!

Most brownie recipes contain significant quantities of butter (hey, I never said this was health food). Likewise, it's easy to swap out the butter in your favorite brownie recipe for marijuana butter.  Occasionally brownie recipes will use marijuana oil, in fact two of the recipes below use infused coconut oil.  Of course you can always use decarboxylated kief or hash to medicate marijuana brownie recipes too (the Peppermint Candy Cane Brownie recipe below is a great example).

The challenge comes with dosing, as some recipes use so much butter, you might find yourself creating a super potent brownie.  No problem, take my Free online Marijuana Edibles Dosing Course to learn how to custom dose your marijuana brownie recipes. It only takes about 10 minutes to take the course, but you'll be rewarded with more accurate and consistent results whenever you make marijuana brownies, or any time you cook any recipe with cannabis!  Or better yet, use my invaluable Dosage Calculator tool that does all the math for you and makes adjusting recipes a breeze. 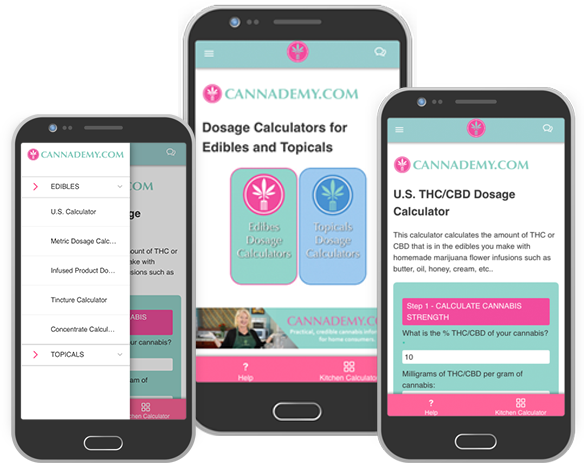 One of the great things about brownies (besides how good they taste) is the fact that they freeze well! This is even more handy with medicated brownies as you will probably not want to, nor should you, chow down on an entire batch at once.  Freezing can significantly help with portion control.

For freezing cannabis brownies, bake and assemble the brownies as directed, allow to cool completely, then cut into individual portions. Wrap each portion, label well, and freeze. Later you can remove just what you need from the freezer at any given time, bring to room temperature, and enjoy. If you are impatient, you don’t even need to wait. My friends are known to eat brownies straight from the freezer!

Pot brownies are so closely tied to the public's perception of marijuana use, they have even been the star (or co-star) on the big screen.  They also inspired the political movement that first lead to California becoming the first state to legalize medical marijuana.  Read more about Pot Brownies and Politics and Pop Culture, along with why Alice B Toklas Brownies are not really brownies at all, here. 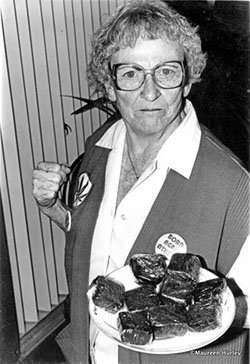 There are no end to the variations on pot brownies you can make.  Below are some of my favorites.