Decarboxylation. DO NOT let the long scientific name intimidate you and scare you off from reading this article. If you use cannabis and ESPECIALLY if you cook with cannabis, this tutorial on marijuana decarboxylation is vital information you need to know in order get the most out of your cannabis.

Don’t worry, I am going to break everything down in layman’s terms to make it easy to understand and to do.

What is marijuana decarboxylation?

So why the heck should cannabis users care about this? Because if you want to feel a buzz from your cannabis, you need it to be decarboxylated. Why? Because believe it or not, the raw cannabis plant contains no THC!

All the cannabinoids contained in raw cannabis flowers have an extra carboxyl ring or group (COOH) attached to their chain, so decarboxylation works with more than just THC, although this is where its effects will most be felt by the end cannabis consumer as the other cannabinoids don’t make you high.

Time and heat are the two main catalysts that cause decarboxylation, but mostly heat. It’s true that over time, some decarboxylation will occur, but not a lot. This is why some raw flowers will lab test positive for some THC, although THC-A will be far more prevalent.

Of course when you smoke or vape marijuana, decarboxylation naturally occurs due to the heat of the flame or heating element. But according to expert Shanel Lindsay, inventor of the Ardent Decarboxylater, smoking or vaping flowers that have been decarboxylized first will up your high’s potency! I know most people don’t do this, but it’s something to consider.

You might also come across the term “activate” the cannabis, which also means to decarboxylate it.

Why do you need decarboxylation?

Besides the fact that you need decarboxylation if you want to get high from your cannabis, it also unlocks the full medicinal potential of other cannabinoids, such as CBDs, CBNs, and CBGs. Now to be sure, the acidic form of all these cannabinoids also have important medicinal benefits, so if a high is not important to you, full decarboxylation may not be either.

So what do I mean when I say “full decarboxylation?” This would mean you are converting 100% of the THC-A in your plant material into THC. This is nearly impossible for reasons I’ll discuss in the next section, but know that usually some is left unconverted.

Does it matter? To a degree yes, but in my opinion not as much as a lot of people think it does. I say this because unless you are ultra sensitive to THC you probably are not going to notice a few points difference. And the THC-A left unconverted is imparting health benefits, so it’s not a big loss.

I also say this because, long before lab tests showed that decarbing before making slow cooking infusions like butter and oil increases potency, we still made some potent AF infusions. Many people still do not bother to decarb before making these infusions and still get great results.

What types of marijuana need to be decarboxylated?

Marijuana in most of its forms will benefit from decarbing.  Of course flowers/buds and trim, but also kief, and hash.  Most hash oils have not been decarbed either, so if you cook with these, know that you will want to decarb first.

How to decarboxylate marijuana 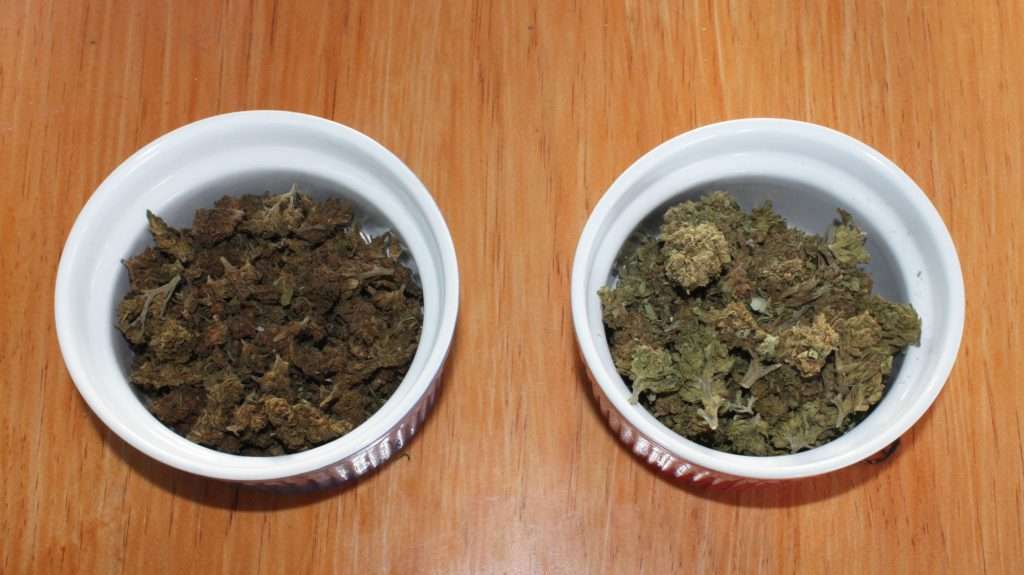 Consult 10 difference sources and you’ll find 10 different methods for how to decarboxylate your marijuana. I tried to get some testing labs and scientists to go on record with the best times and temperatures for decarbing and could not get a straight answer out of any of them. Perhaps this is because, like so many things with cannabis, there is no one simple answer. For instance, the amount of moisture in your plants can significantly affect the time needed to decarb, with more time needed for drying, and then decarbing. Or that decarbing CBD-A takes more time than decarbing THC-A.

After researching lots of methods, especially those that have been lab tested, my own views on decarbing have evolved. While I used to recommend about 20 minutes at 220 degrees F, I know see that a much longer decarb time can achieve far greater THC conversion. So I now recommend about an hour at 240 degrees F. thanks to the fine folks at the Marijuana Growers Headquarters who did some experiments and lab testing.

Place your cannabis or cannabis concentrate in an ovenproof dish, or on a baking sheet if you are decarbing a lot of plant material. Cover with foil and place in a preheated 240 degree oven for about an hour. Your cannabis is now decarbed and ready for cooking. You will notice that it appears and smells a bit “toasty.” You may also notice that you lost a little volume. This is normal. The photo above show the same strain and amount of cannabis after (left) and before (right) decarboxylating.

Interestingly enough, the experiments done by the Marijuana Growers Headquarters did not convert much of the CBD-A to CBD. Probably because as a general rule CBD needs longer to decarboxylate.

CBD concentrates or isolates may or may not be decarbed already, although most are, so check the labels to see if this step is necessary.  If it lists a high CBD content (as opposed to CBD-A) it has been decarbed.

According to Project CBD’s Martin Lee, there is no exact boiling point number for CBD, but it is in the 320°F – 338°F range, slightly higher than THC.

When using the Ardent Nova Lift Decarboxylator, inventor Shanel Lindsey recommends putting the cannabis through two decarbing cycles, IF (and ONLY IF) the plant matter contains under 1% THC, otherwise decarb CBD in the same manner as THC.

Keep in mind CBD, like THC, metabolizes better in the presence of fat, so it best to use in recipes that contain fat, or alternately consume nonfat CBD edibles accompanied by a fat containing food or beverage.

Is it always necessary to decarboxylate even if you will be cooking with the cannabis anyway?

For maximum potency, it is preferable, yes. If you are just stirring kief or hash oil into a brownie batter or other such cooking tasks you will DEFINITELY want to decarb first to get more potency. But lab tests show that even when making long, slow cooking infusions like marijuana butter and cannabis oil, decarbing first can help you achieve more potency.  For more on this, see this page.

What Happens When you Don't Decarboxylate?

You still get medicinal benefits but you won’t get high, or at least you won’t get as high, depending on how much of your cannabis was decarbed through age or the heat of cooking.

Remember, THC-A still has important medicinal qualities including being a neuroprotectant and anti-inflammatory agent

In short, you will have lower potency, but you will still have perfectly usable edibles in most cases, as I talk about in this video.

The importance of marijuana decarboxylation when calculating cannabis edibles dosages

For those who have taken my free online Edibles Dosing Class and use my edibles dosage calculator tool, proper marijuana decarboxylation is important in order to get accurate dosing estimates. If you fail to convert a majority of the THC-A to THC your dosing estimates will be high and you may be disappointed in the potency of your finished product. Generally speaking I usually estimate a few points less than the calculator says in order to make up for some THC-A that may remain unconverted.

What can go wrong when decarboxylating?

Ovens are notoriously inaccurate when it comes to temperature, and they can have hot and cold spots. Use an oven thermometer and check the temperature before decarbing. Make sure it really is 240 degrees, no matter what temperature you set the dial to. My friend’s oven was a whopping 100 degrees off so do not skip this important step. Too little heat and you won’t activate enough of the THC, too much heat and you can kill it.

As we have also discussed, a lot of moisture in your cannabis can make it take longer to decarb. If you are working with fresh, wet cannabis, try adding another half hour or so to your decarb time.  Same if you are decarbing a high CBD strain.

Sometimes decarbed kief can come out powdery and easy to incorporate into recipes, other times and other strains can come out downright gummy. This page can help you deal with the various consistencies of decarboxylated kief. 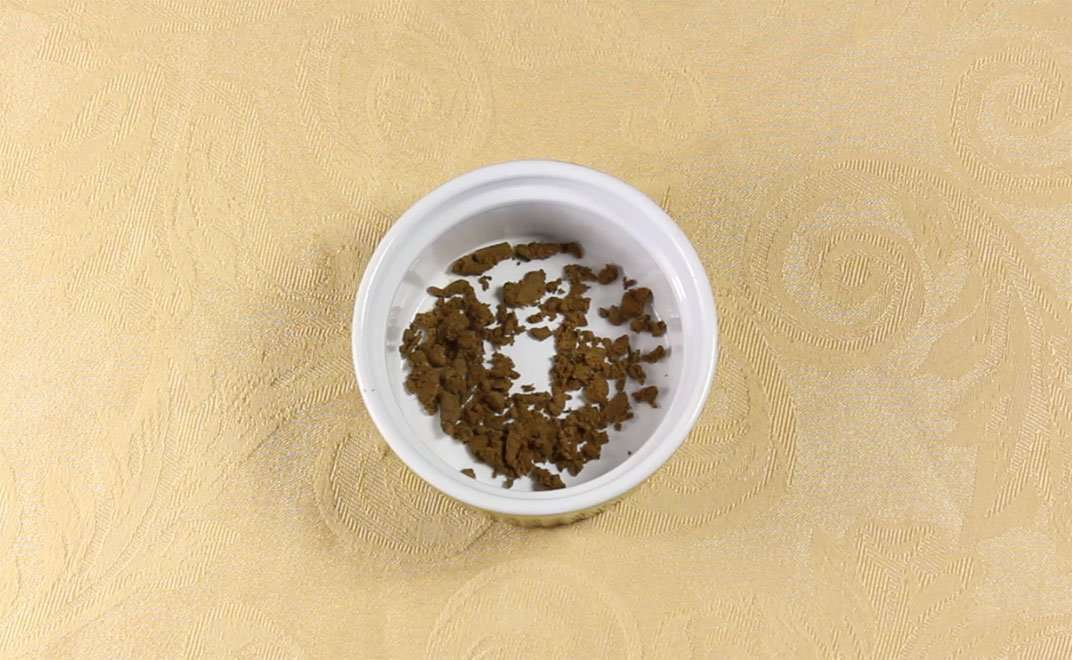 How to Achieve Perfect 100% Decarboxylation Every Time 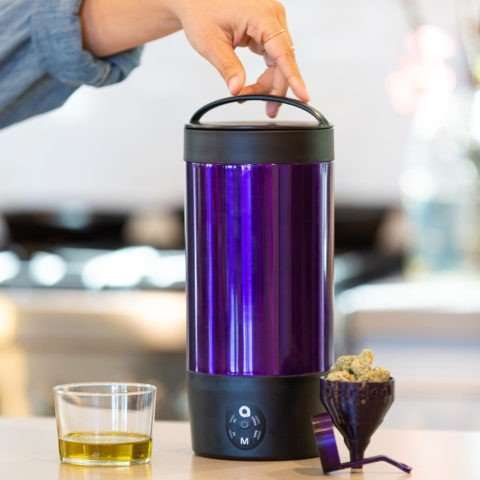 Decarboxylation can be tricky as there is no agreed upon optimal time and temperature, the issues we talked about above, and the fact that without lab testing, you will never really know how much THC-A you are leaving unconverted.

While it is difficult to achieve 100% decarboxylation with home ovens, know there is a handy gadget on the market that promises to do just that. About the size of a portable coffee grinder, The Ardent Nova Decarboxylator does the job easily and neatly with zero guesswork (or for larger amounts and even greater flexibility and functionality, check out the new Ardent FX). Put your cannabis flowers, kief, hash or has oil in, place on the lid and in a little less than 2 hours your cannabis will be perfectly, 100% decarbed.

If you make a batch of brownies once a year, you can probably live without these gadgets, but if you are serious about your edibles and achieving maximum potency, then the Ardent Decarboxylartor is a great tool to add to your kitchen arsenal. No more stressing and guessing over decarbing, you will KNOW it’s done right.

SPECIAL GET $30 OFF THE ARDENT NOVA or FX DECARBOXYLATORS!!!!

A reader asked me if I had a coupon code for the Ardent Decarboxylator.  I didn't at the time, but I wrote to the folks at Ardent and asked and they said sure!  So enter the code CANNACHERI at checkout and receive $30.00 off the price of this great gadget.

What’s the Difference Between Cannabis Distillates and Isolates?

Read More
What’s the Difference Between Cannabis Distillates and Isolates?

Read More
Can I Sell My Marijuana Edibles at Farmer’s Markets in Legal States?
Load More