Own a Piece of Cannabis History While Helping Marijuana Prisoners

Here is your chance to own a piece of cannabis history AND help out a marijuana prisoner at the same time.

I have been an advocate for marijuana prisoners for years now, most of them serving life sentences (or de-facto life sentences like Parker and Edwin).  Through those years I have happily watched many of them go free, most through clemencies granted by Presidents Obama and Trump, some through legal maneuverings specific to their cases, and a few through compassionate release.  Sadly, in one case, it was through death (RIP Leopoldo Hernandez-Miranda). 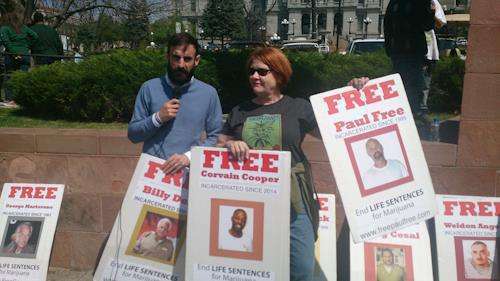 After all these years, only 4 prisoners that I have been working with all along remain incarcerated (I am sure there are others in the system, these four just happen to be the last of those I had been advocating for).   So that is why these four federal prisoners are the beneficiaries of this fundraiser, which was the brainchild of activist and jewelry designer Vanessa Waltz.

I first met Vanessa about 10 years or so ago.  It was now released marijuana lifer Larry Duke who first brought us together.  Larry loved Vanessa, who had been advocating for his cause for some time.   He felt it imperative that I, as a beginner activist at the time, get to know Vanessa.  We have been friends ever since.

So after the excitement of the many clemencies for marijuana prisoners that came on former President Trump’s last day in office, Vanessa contacted me wanting to help those who had been left behind.  Over the years she has used her jewelry business, Silverkind, to raise funds for lots of worthy causes, but this time she very generously wanted to help these four prisoners. 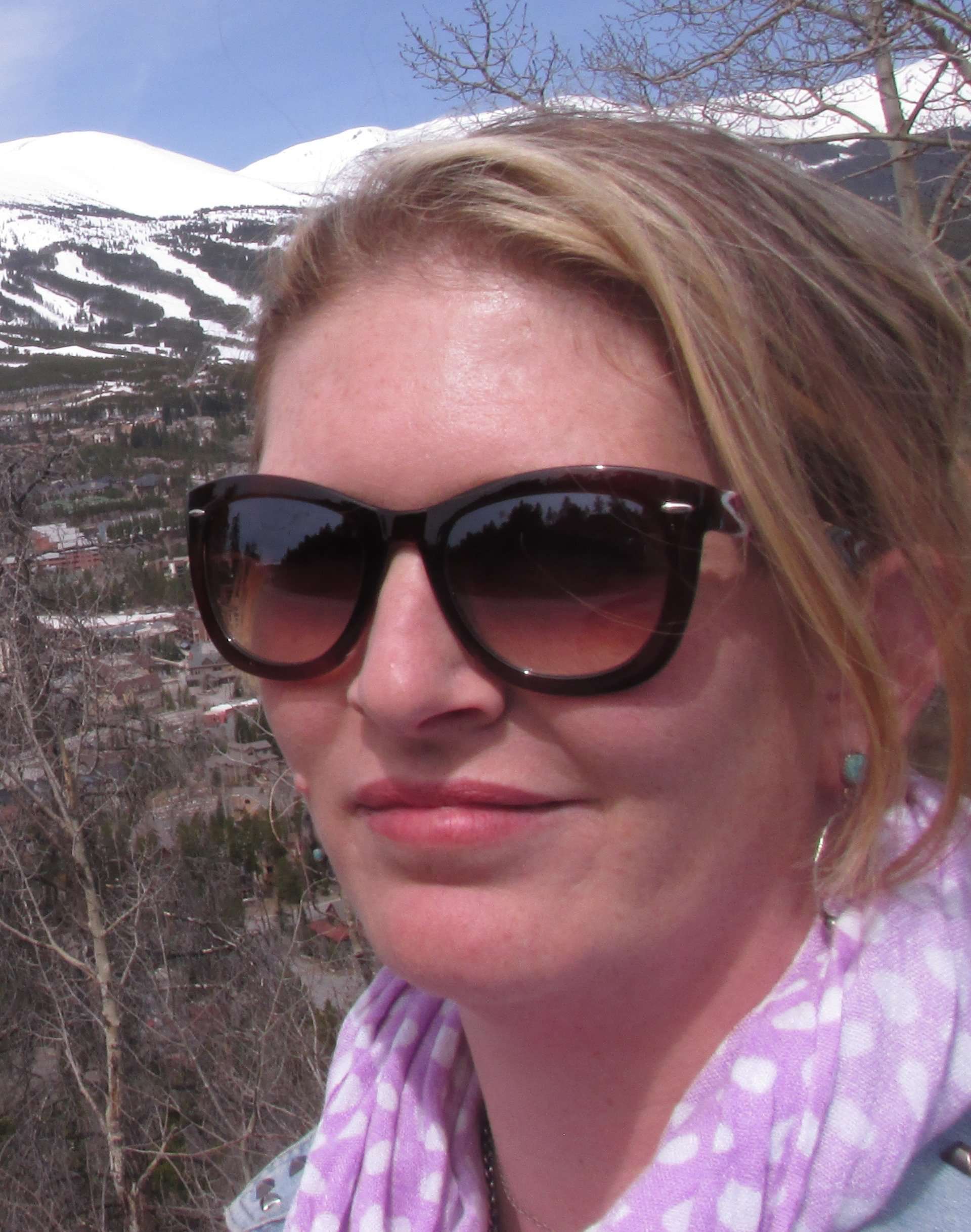 Vanessa designed a series of pendants that could be hung on a neck chain or used as keychains.  She is donating 100% of the sales of these items (minus shipping and Etsy fees) to the commissary accounts of Parker Coleman, Edwin Rubis, Luke Scarmazzo, and Lance Gloor.

Commissary funds are always essential, but in the days of Covid even more so as they are frequently on lockdown for extended periods.  Having something decent to eat, or toothpaste and other hygiene items can help make life a trifle more tolerable.

These charm pendants are hand crafted and hand-stamped in nickel silver (sterling available by special request, please message shop for details) and include a 24" silver plated ball chain (which you can cut to a shorter length using a sharp scissors or wire snip) for a necklace, or a keychain attachment.  100% of the proceeds (minus Etsy fees, credit card fees, and shipping cost) will be donated to the commissary fund of the individual selected - Parker Coleman, Edwin Rubis, Lance Gloor, or Luke Scarmazzo. Purchase one for $20 to support a specific prisoner, or get a set of all 4 on one chain for a special price of $50 (proceeds divided evenly between individuals). 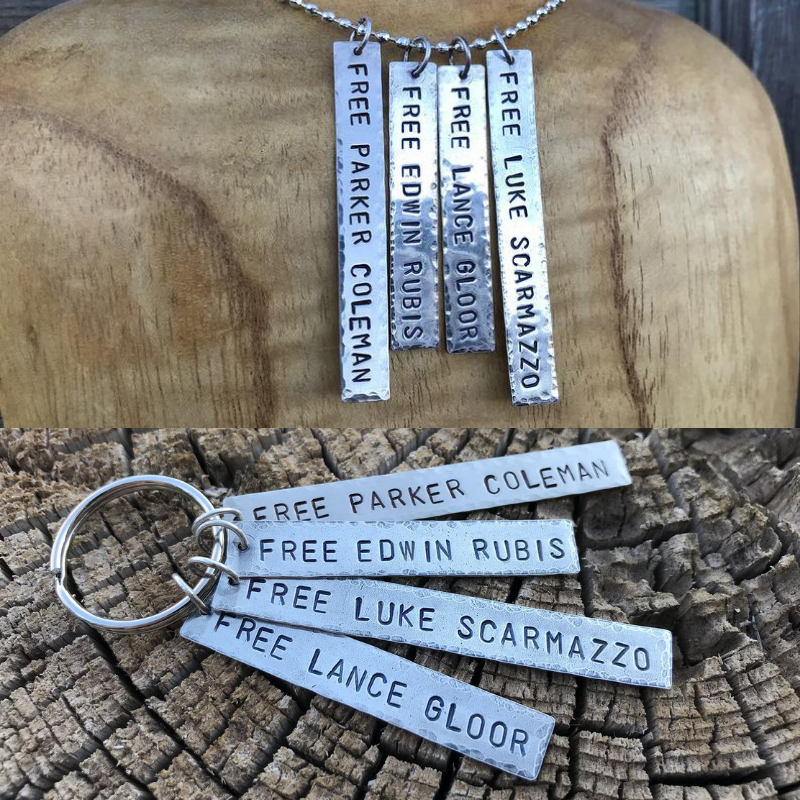 So now is your chance to own a piece a cannabis history, as these four represent a cross-section of what we hope are the final remaining federal marijuana prisoners.  Not only will you own a piece of history, you will be seriously helping out a federal prisoner caged for our precious plant.

MORE ABOUT THE POWs: 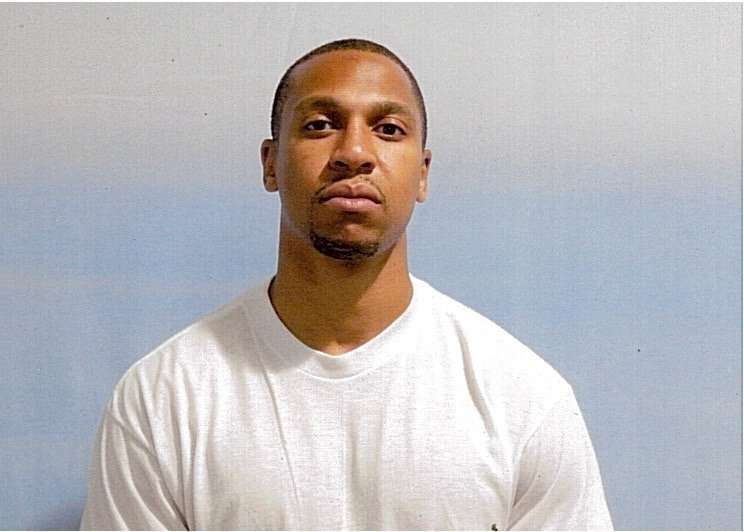 Parker Coleman, Jr. is serving a de-facto life sentence (60 years) for a nonviolent marijuana conspiracy offense.  Like many people serving egregiously long sentences for marijuana, Parker Coleman is the victim of America’s conspiracy laws, where it takes no actual evidence to  get a conviction, just the testimony of others who are “cooperating” in order to avoid prison time.  Like others who take their cases to trial, as opposed to “cooperating” and testifying against others, Parker Coleman ended up with an extremely long sentence.  Unless he receives clemency, he will be in his 80s by the time he is released from prison. Follow Parker Coleman's Facebook page here. 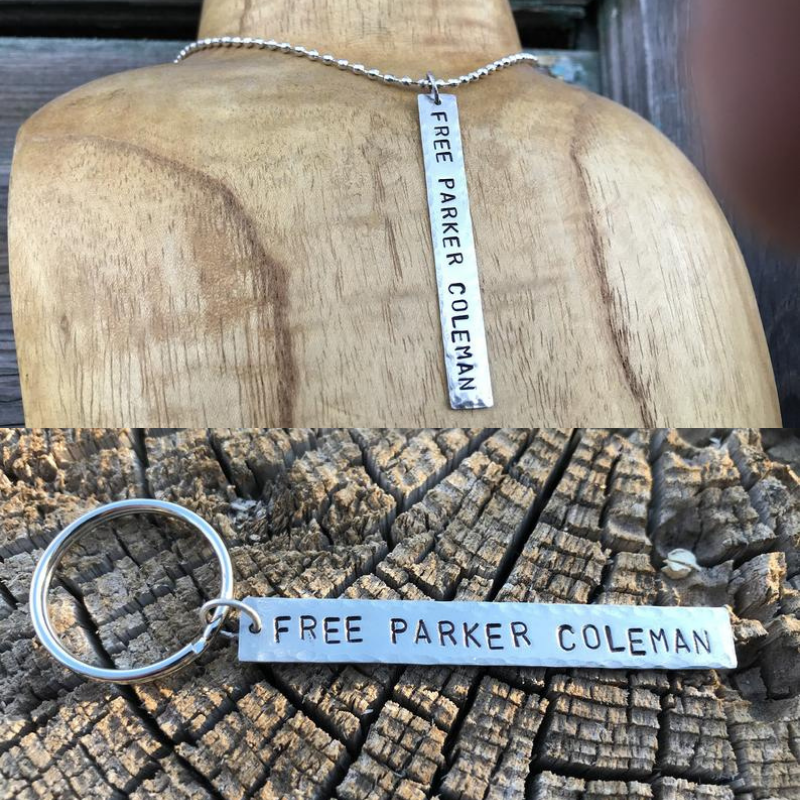 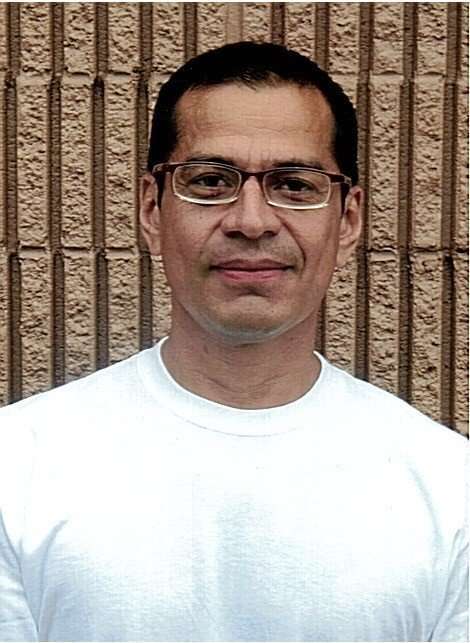 Edwin Rubis is serving a de-facto life sentence (40 years) in federal prison. He is a devoted advocate for non violence and rehabilitation. While in prison he has become an ordained minister, finished college, become a dental technician and is currently working on his doctorate.  He also mentors other prisoners.  Edwin's family have posted a pardon/clemency petition asking for his immediate release.  Sign that petition here. 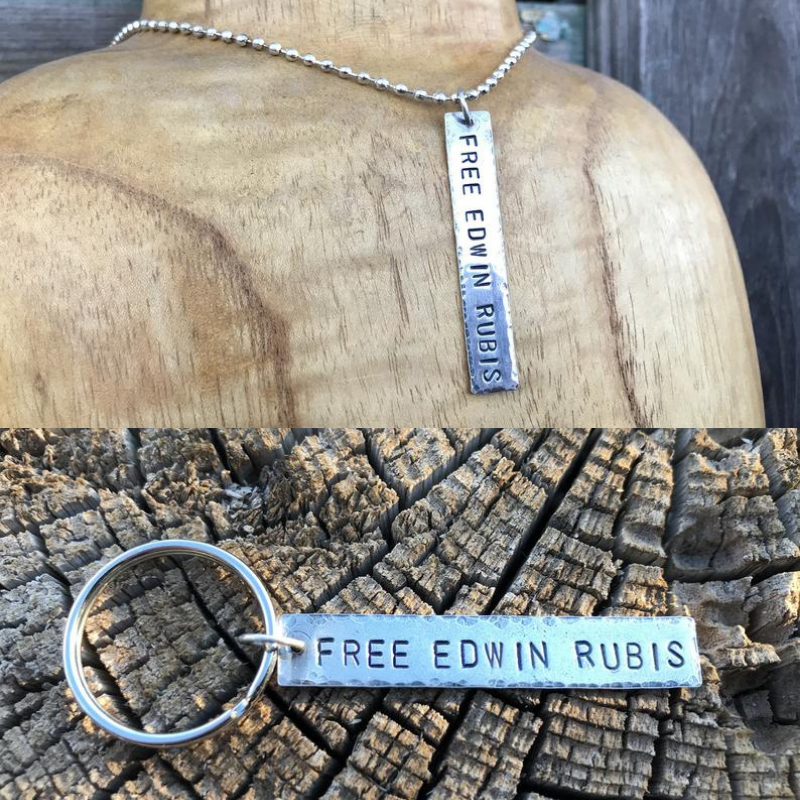 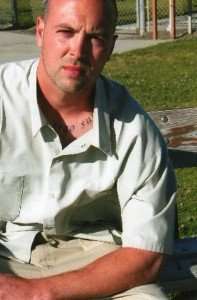 Luke Scarmazzo has served over 10 years of a 22 year sentence in federal prison for operating a state-legal medical marijuana dispensary in California.  President Obama granted clemency to Luke's business partner Ricardo Montes, but sadly Luke was left behind.   His teenaged daughter Jasmine has created a petition for his clemency.  Sign that petition here. 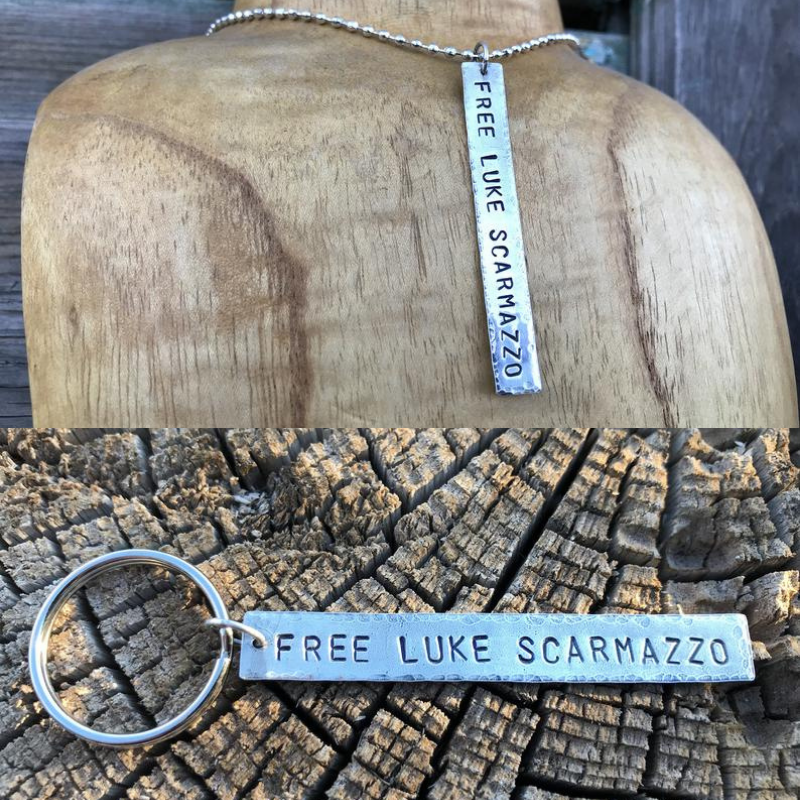 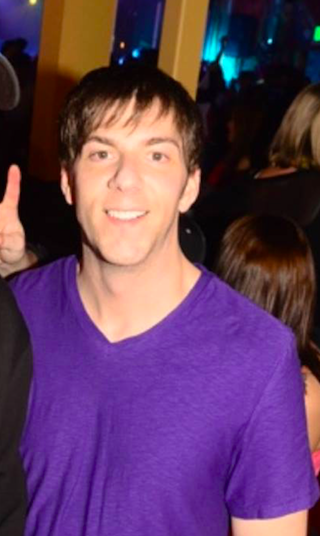 Lance Gloor is a federal cannabis prisoner, serving a 10 year federal prison sentence for legal medical cannabis in Washington state, despite the fact that he was running a state legal enterprise.  Learn more about Lace at the website his family created to help his cause. 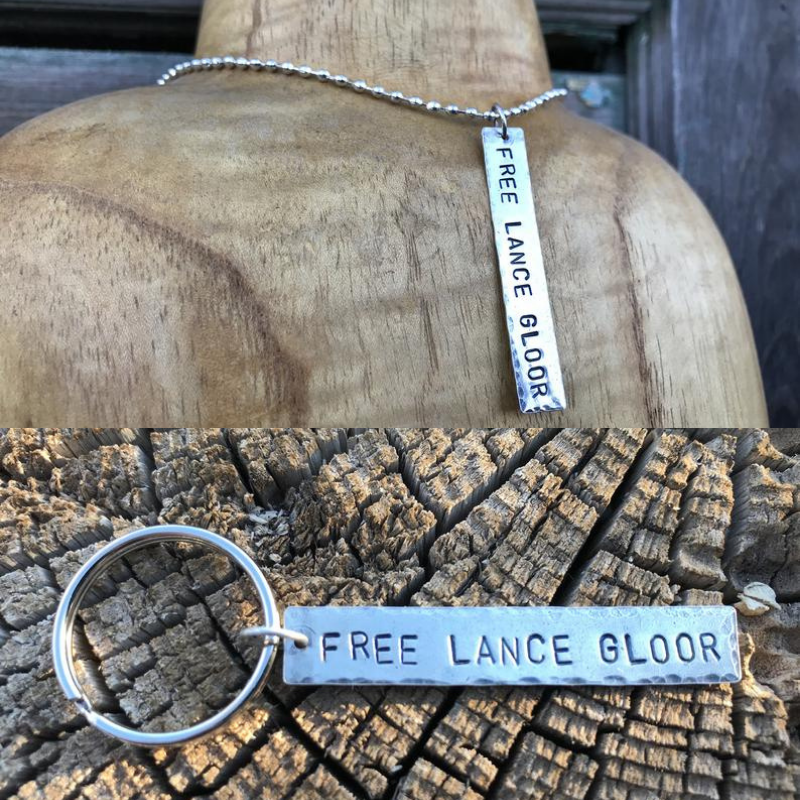 Get your piece of Cannabis History and help a prisoner by ordering from the Silverkind Etsy Shop now!  THANK YOU!